On Friday 30th March sudden and unexpected high winds were reported to have whipped up and as a result caused damage to the buildings within the new recreational park at La Isla.

Unfortunately roofing material was ripped from the newly completed unused kiosk building and blown away.

Large sections of the roof ended up in the ornamental lake and residents reported seeing various pieces floating around throughout the rest of the day. A gate was also damaged in the winds and that also ended up in the lake. 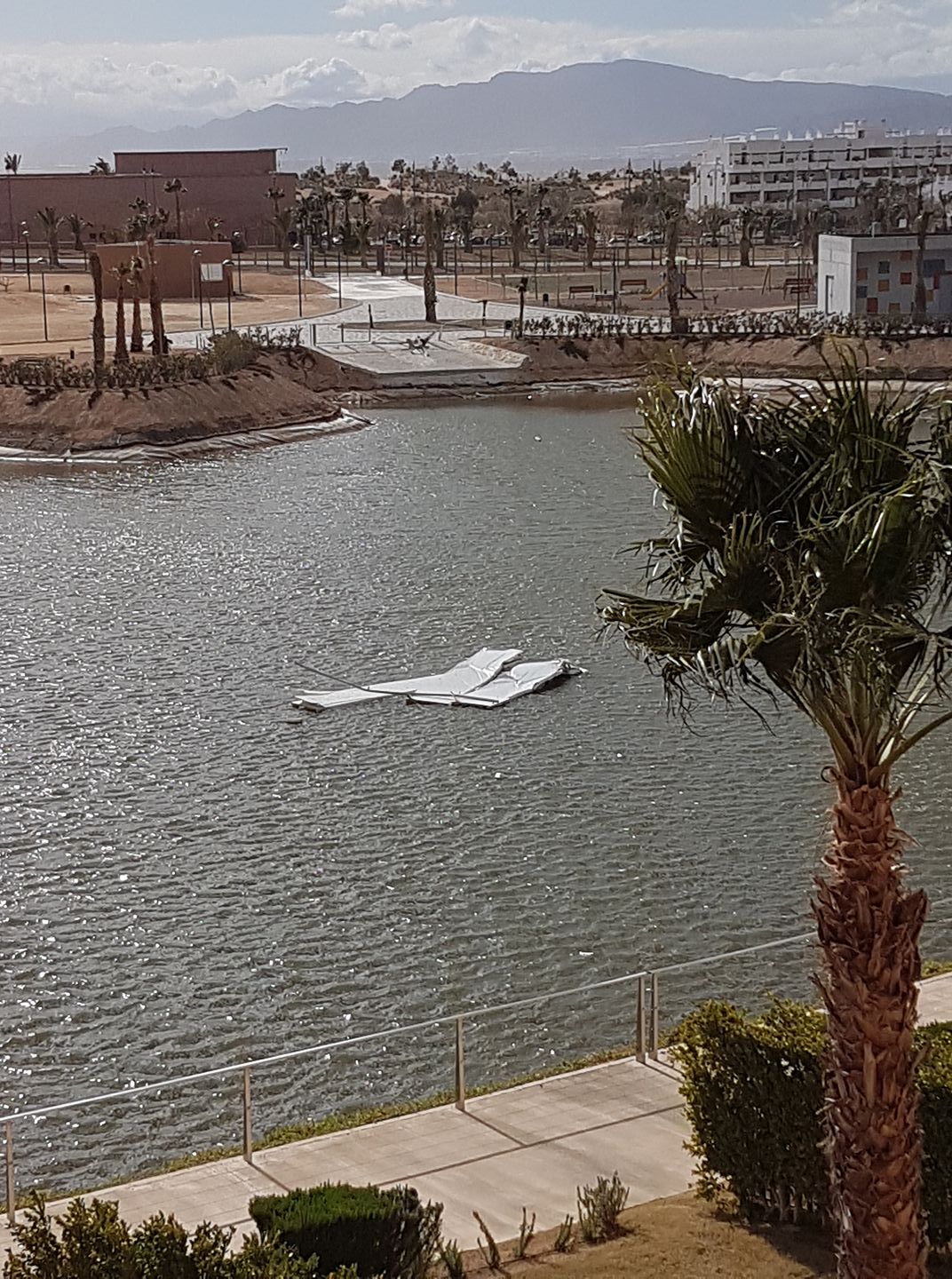 Residents who witnessed the damage raised concern that if the loose debris had struck a person, or persons, then they have no doubt that serious injury would have occurred. It’s fortunate that at this time the recreational park and children’s playground is not yet open to the public otherwise a serious accident could have occurred.

The recreational park is owned by Alhama Town Hall and was paid for out of Polaris bond money held after the company went into administration. It has yet to be signed off and opened but now questions are being raised as to the quality of the work. Previously residents have also seen heavy rain water lifting and damaging surface gravel.

Following the damage to the roof Alhama Town Hall were contacted on behalf of the Board of Presidents and the incident was reported. The Town Halls assessment was that even with sections still floating in the lake the area was deemed to be safe and that they would visit the site on the following Monday for an inspection.

At this time the park has not yet been handed over to the Condado de Alhama community and following these incidents of damage the Board of Presidents have stated that they will ensure that all repair work to the roofing and drainage is satisfactory before handover and comes with correct paperwork.

Here are some photos taken by residents of the damage and debris.