Early this afternoon people were surprised to see heavy rainfall hit the resort. The adverse weather is the tail end of Hurricaine Leslie that has affected other parts of Spain.

A thunder storm was forecast at Condado de Alhama today but what came at around 3pm was nearly an hour of very heavy rains. Those caught out in the rains were forced to take shelter inside until the dark clouds passed.

Some of the bars at Al Kasar might have been busier than normal as people decided to stay inside and have a few drinks until the bad weather passed.

A video showing severe floods around the golf club house have been shared on Facebook today. In the video muddy rainwater can be seen gushing down onto the golf course and heavy rain can be heard. 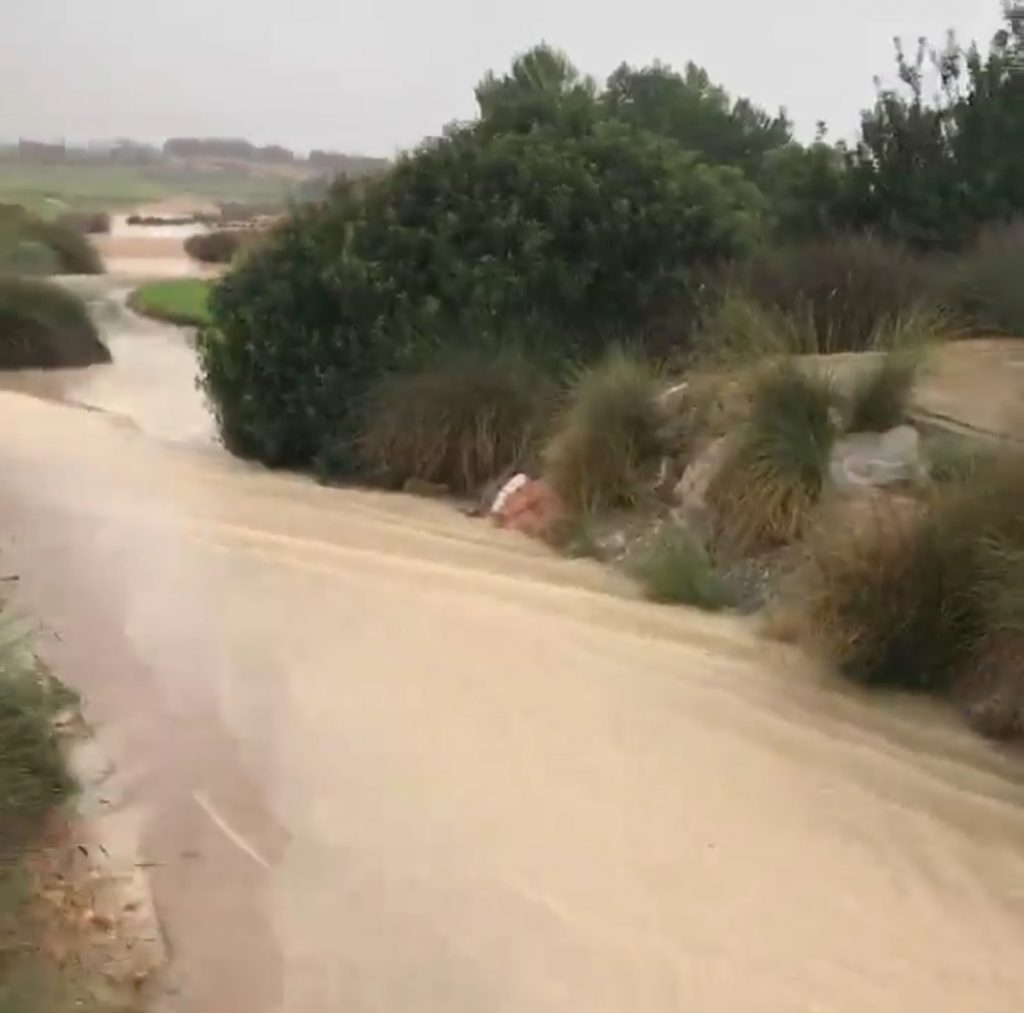 The municipal park next to La Isla has also been flooded causing displacement of mud and sands from the park area into the outer ring road.

Here are some photos of the heavy rain at Al Kasar taken from the newly opened Sky Bistro & Bar. 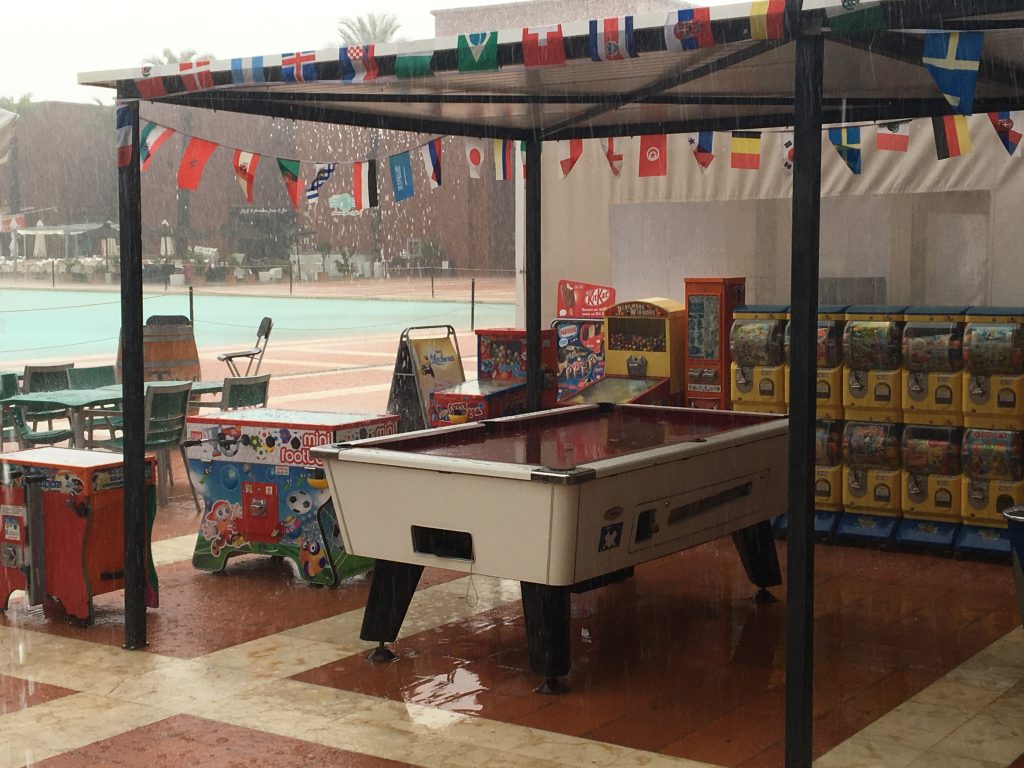 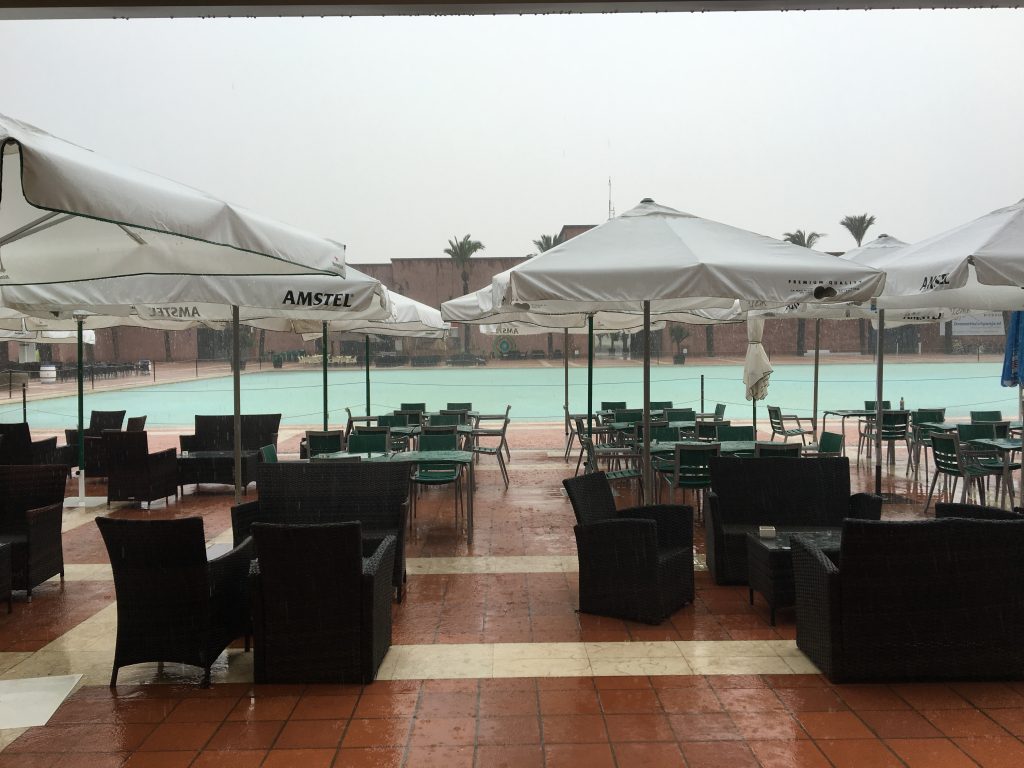