Condado de Alhama Golf Resort is situated in the Murcia region approximately 50km from Murcia city, 40km from Lorca and 30km to the coastal town of Puerto de Mazarron. It is well connected by modern motorways and is located at Junction 5 on the RM-23 travelling towards Mazarron or Junction 7 of the RM-23 if travelling towards Alhama de Murcia.

1. Leave the airport and at the first roundabout follow signs for AP7 Cartagena.

2. At the next roundabout take the 3rd exit signposted AP-7 Los Alcazarez/Cartegena

3. Drive under the motorway and at the next roundabout drive all the way around and take the exit signposted AP-7 Los Alcazarez/Cartagena 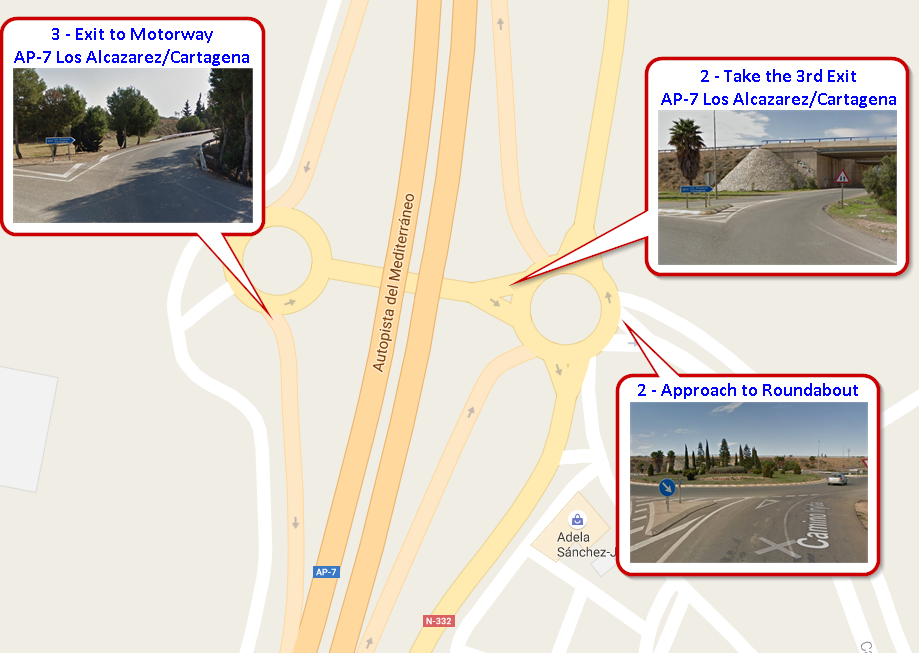 4. Join AP-7 motorway at slip road sign and travel on AP-7 for a short distance to exit number 790 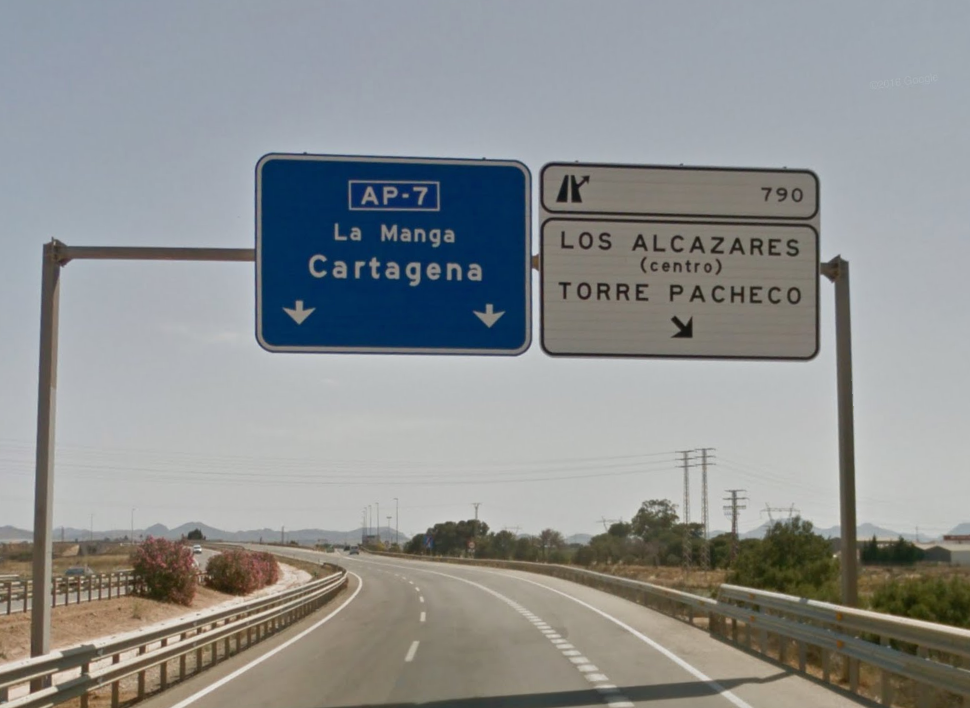 6. Keep driving on the RM-F30 and follow signs for Torre Pacheco – you will pass a Shell garage and the old Polaris World Garden Centre on your left.

7. Shortly after the Polaris World Garden Centre, you will come to a roundabout – go straight on to the RM-F30 Torre Pacheco.

8. You will immediately see the Mar Menor Golf Resort on the right and the Hotel Spa Torre Pacheco on the left (a big red/pink hotel with white dots on. 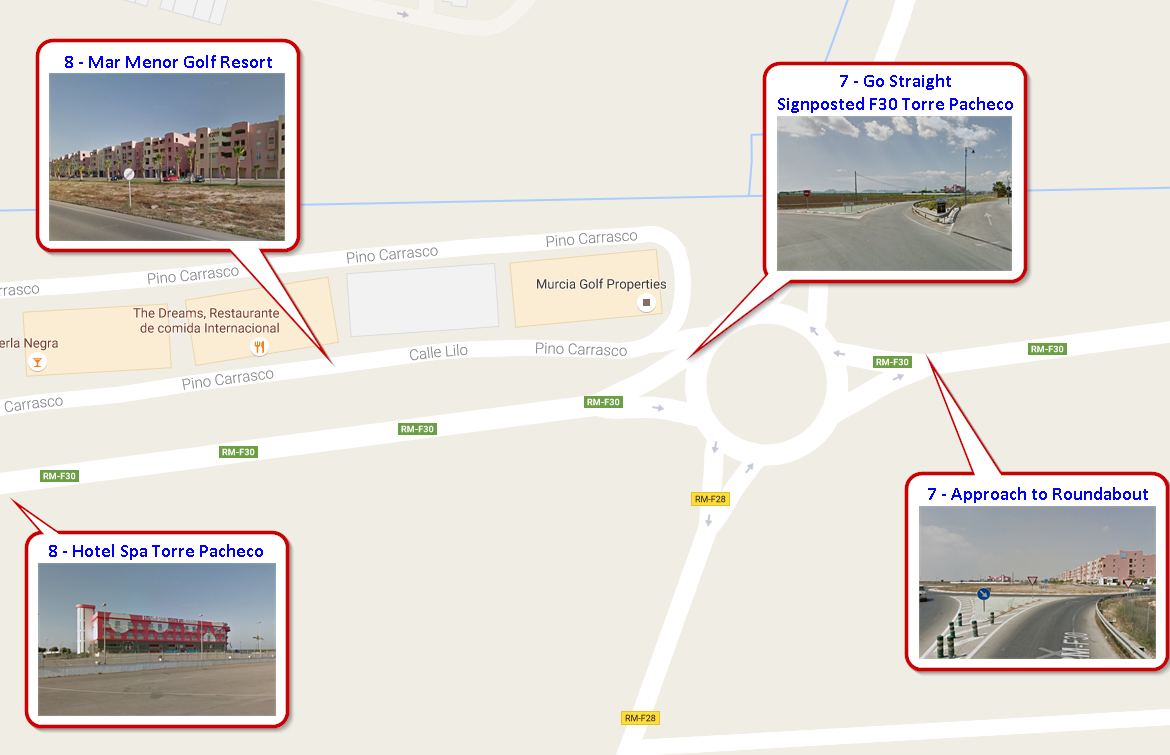 9. At the next roundabout, take the A30 turning, sign-posted for Murcia/Cartagena.

10. Continue on the A30 and at next roundabout take the second right turn. Note – the first sign on approach to the roundabout says A30 Murcia/Cartagena but the sign at the turn-off just says El Jimenado – don’t panic, this is the right road! 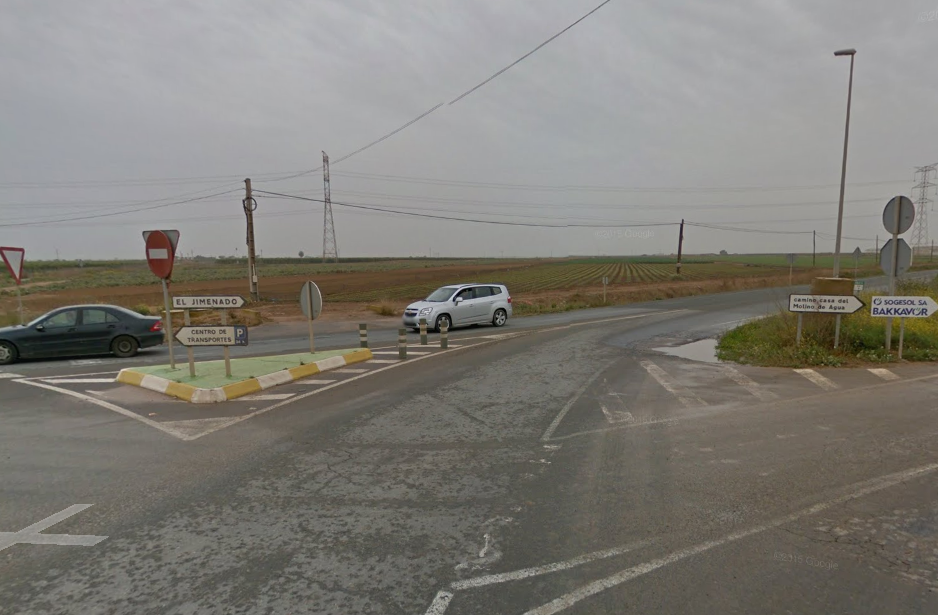 11. Follow the main A30 road through the village of El Jimenado

12 Shortly after you leave the village, you will see a tractor garage on the left and a tall white building on the right with a red and blue stripe and a chicken on the top! 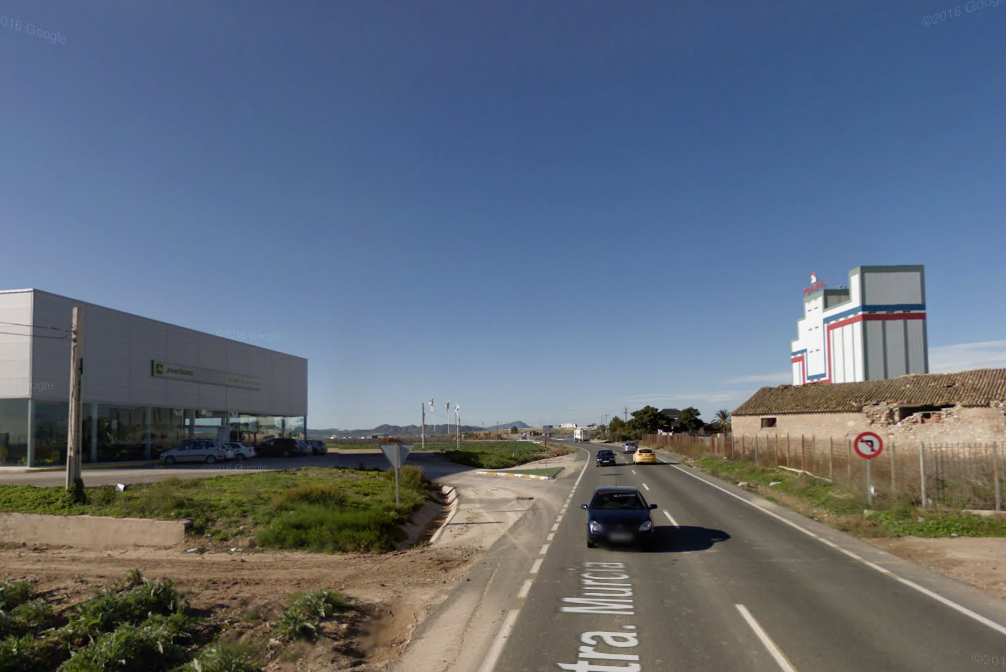 13. Shortly after the chicken factory, you will reach a major roundabout. 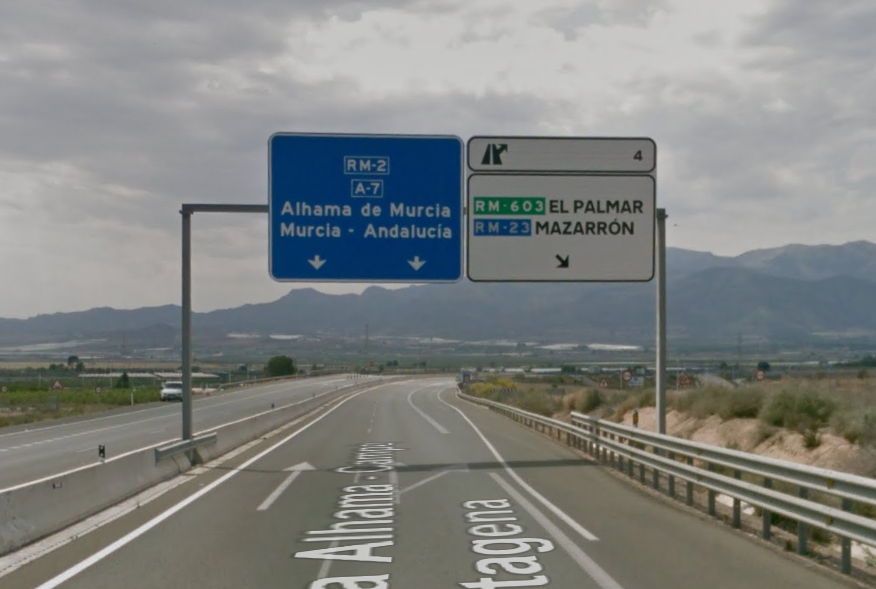 17. Go right round the roundabout to the last exit (3rd exit) which is signposted
RM-23 Mazarron. 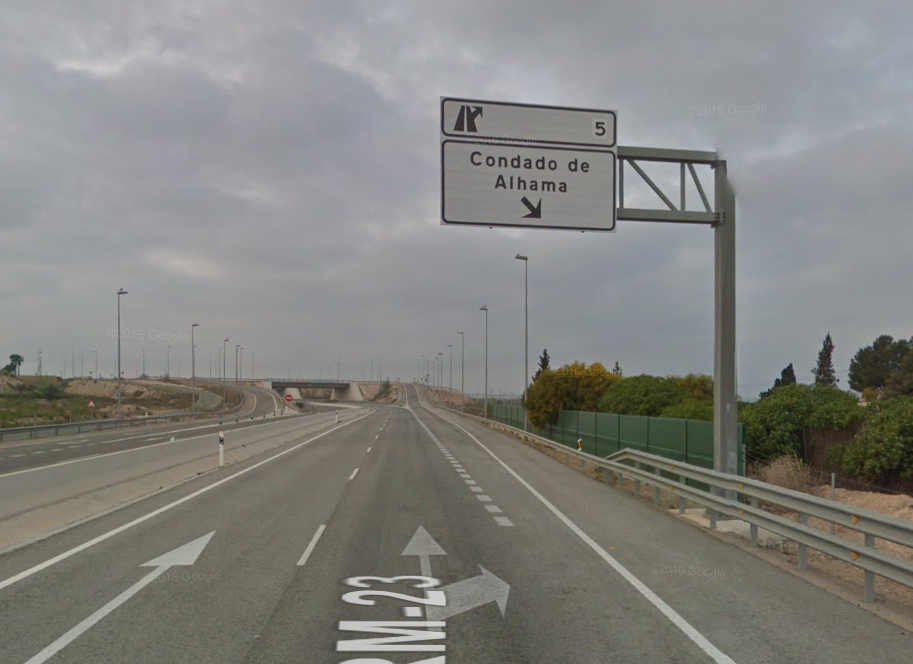 At roundabout (at end of RM23 motorway), take the first right turn on to the RM2 signposted for Cartagena and Fuente Alamo.

Continue on the RM2 for approximately 30 km, until you reach the end of the RM2 and come to a large roundabout with speed bumps and flashing speed warning signs on approach to the roundabout.

Keep in right hand lane – take 2nd exit – signposted F14 El Jimenado, Torre Pacheco and Los Alcazares (chicken factory will be on your left as you come on to the F14).

Continue on the F14 until you reach the next roundabout.

FROM ALICANTE AIRPORT TO THE CONDADO DE ALHAMA

Turn right out of the car hire car park, at the junction (which won’t be far away) turn immediate left, this will put you on the correct road no slip roads to deal with, follow the signs for Granada/Almeria/Vera AP7/E15 you will probably not even notice you have joined the A7.  The road will signposted A7 Murcia/Almeria/Granada (if in doubt just follow signs for Almeria/Vera as they are way past where you need to be). Continue to Murcia City approx 40mins Stay on the motorway and as you come to Murcia City continue to follow the signs for Almeria/Granada, there will also be a yellow sign in Arabic with a picture of a ship on it, for the port, shortly after this the A7 veers right at this point. It will look like you’re coming off the road, but it is still signed A7 Alhama de Murcia/Almeria/Vera Continue on the motorway heading for Alhama de Murcia/Almeria. As you near Alhama de Murcia look for Junction 627 (approx 20 mins away from Murcia city) Get into the Right lane for both the 627A/B. (The first turn off (627A) is for Alhama de Murcia). Take the 627B exit which is immediately after 627A (it is a sharp right hand bend) – signed ‘Beaches de Mazarron’, ‘Mazarron’ & Cartegena’. At Junction 627B you merge with the RM2. Take the second exit which is junction 4 (it goes from Junction 1 straight to Junction 4 – missing out 2&3) for Mazarron and the road is the RM23 for Mazarron & Puerto de Mazarron CDA will be signposted 3 miles along this carriageway, it has its own junction off the carriage way at the signpost CDA which takes you over the flyover and into the resort entrance. You will see on your left as you drive up the RM23 a long line of palm trees, these line the road that approaches the main entrance.  As you drive up the road there will be a huge sculpture on the roundabout in front of you with the name of the resort on it.FROM THE CONDADO DE ALHAMA TO ALICANTE AIRPORT;
From Condado the simplest and fastest route is; Out from Condado, turn north on RM 23 towards Alhama de Murcia. After 4 kilometers, turn north on RM2 towards Alhama de Murcia. After another 4 kilomters turn right towards Murcia on A7/E-15. Just stay on this road for about 95 km and there is a sign for the airport. It is approx 3 kilometers from the motorway to the airport and it is clearly signposted for airport