Visitors to Condado de Alhama over the last couple of months cannot have failed to notice that there are some big building works taking place on the land between La Isla and the main gate.

So what exactly is going on outside La Isla?

A lot of information about what these building works are has already been discussed on the various Condado forums and owners have received emails with information, but still not everyone knows about this large building project.

Sounds impressive huh! It is certainly a welcome addition to the resort and better utilizes waste ground between the main resort and La Isla.

You may ask why is this being done and why now? You may also be asking who is paying for this and who will use the new facilities? Let’s try to answer some of these questions.

When the resort builder Polaris World first imagined the resort a lot of infrastructure and facilities were on offer.

The resort was to be a jewel in the Polaris crown with not one but three Jack Nicklaus designed gold courses of a standard worthy of PGA tour eligibility. Around these golf courses was to be a new town center, sports and leisure facilities, schools, medical facilities and of course thousands of luxury properties.

If the development had been fully reaslised, Condado de Alhama would have without a doubt been a new town in its own right. And a grand town at that!

As many early investors in the development will attest the resort you see today falls very short of the original plan. As good as the resort is today the plans were for it to be better.

Following the financial crisis in 2008 Polaris World kept building but by 2010 the ambitious company was forced to relinquish most of its assets – the golf courses and unsold properties – to a consortium of banks led by CAM Bank (Caja de Ahorros del Mediterraneo), the leading lender behind the Murcia building spree.

Since then there has been legal claims against Polaris World to compensate Condado de Alhama Golf Resort for infrastructure and facilities promised but never delivered.

The new recreational development is being paid for out of the money recovered as a result of those legal rulings.

Compensation funds have been held by Alhama council which was to be used to provide new facilities to the resort and these recreational facilities is what the council have decided to spend the money on.

The plans have been discussed for the last couple of years, although it is argued now that the owners of Condado were not heavily involved in the plans and any chance of objection has long since passed. We are getting these facilities now whether we wanted them or not!

Full details of the plans can be found on the Alhama de Murcia Town Hall website.

Condado de Alhama golf resort already benefits from sports facilites such as tennis courts, football pitches (which are sadly mostly unused and poorly maintained) plus most gardens have some form of children’s play area.

The difference with the new development is that it is being built on council owned land so is open to everyone in Alhama although it is not yet fully understood who will fund the ongoing maintenance.

This new development was started around July 2017 this year when the diggers moved in.

The ground works are now completed and as you can see from the images below building of the sports areas, walk ways and perimeter fencing are now well under way.

The project is due to be completed within six months. 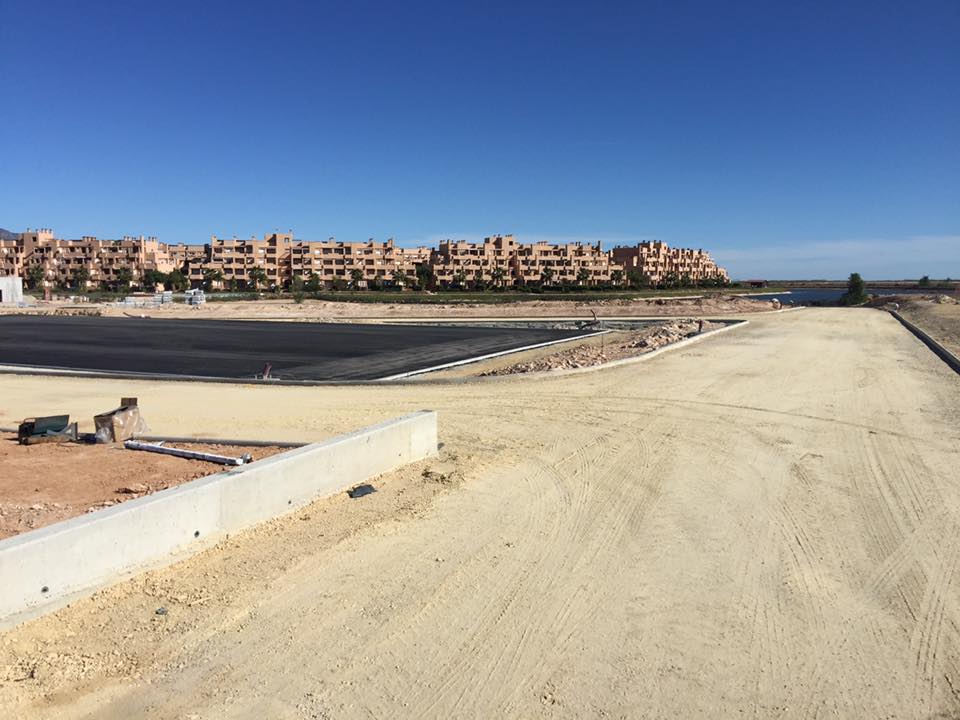 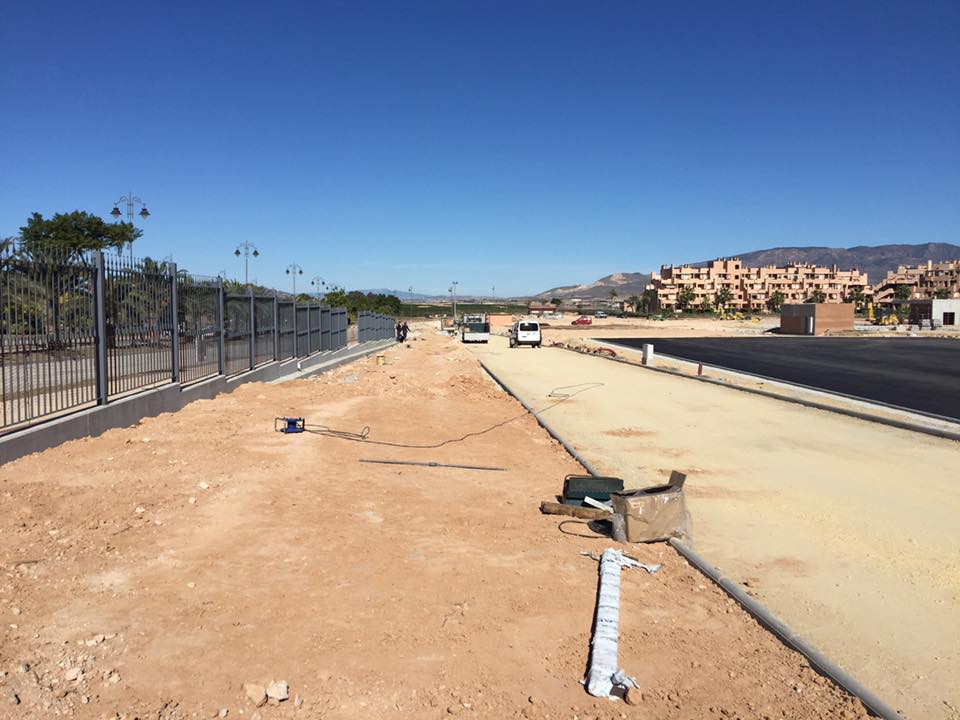 All photos in this article are credited to Condado de Alhama resident Patrick Joseph via Facebook.

Tell us what you think! Have your say, leave us your comments on the Condado de Alhama community Facebook page